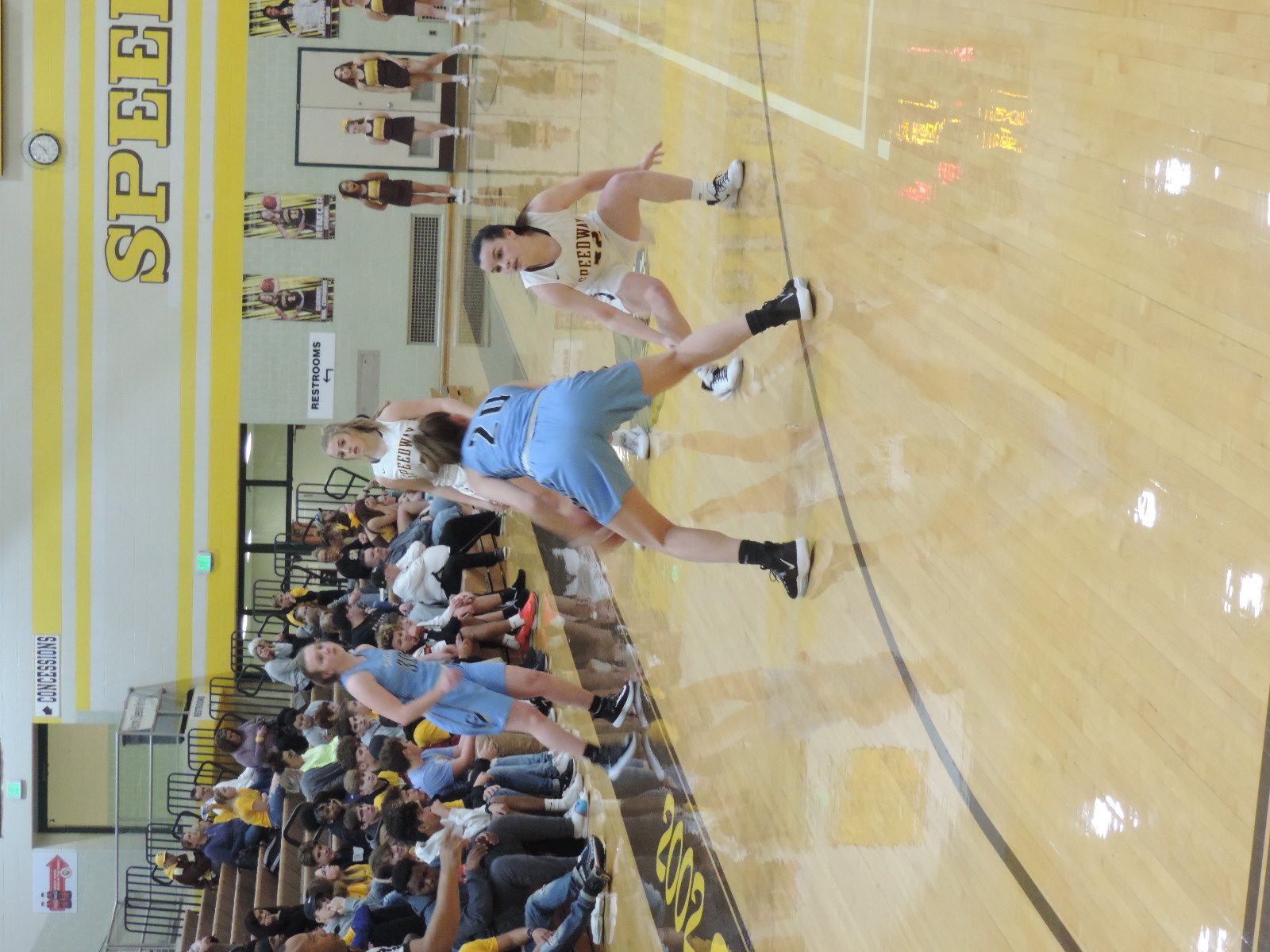 Speedway’s varsity girls basketball team picked up win number 16 with an impressive 67-64 Senior Night win over visiting Cascade. The win sealed third place for the girls in the ICC and gives the Sparkplugs a two game winning streak heading into next week’s sectional tournament. It was a great regular season finish for seniors Gianni Dal Corobbo and Rebecca Greubel.

Defense was stellar once again and the Sparkplug offense was the best it’s been in a number of games. In a close, back and forth game, free throw shooting and a strong defensive stand in the final five seconds of the game helped lead to a win.

Maddie Barnes was lights out from the field, posting 24 points on 90% shooting.
Camiell Perry continued her solid play of late, missing a triple-double by one rebound. She ended up with 14 points on 50% shooting, 9 boards, and 12 assists.